Parkview at Hillcrest Q & A

As promised, any and all questions about the Parkview at Hillcrest development submitted to info@ATeamFlorida.com will be forwarded to the Hillcrest Community Compliance Committee and to Andrew Maxey, the Land Project Manager who is representing Pulte Homes here in South Florida.

This question would be for Mr. Maxey. I’ve called a Mr. Zambrano who is with Florida Fish and Wildlife back in July 2016 when I first saw the owls. I have spoken with him again approx. two weeks ago when I saw that these were being removed from the North (9-hole golf) Course. He told me a permit was filed for the removal of the owls, but was pending and that the heavy equipment needed to stay at least 50-100 feet away from the owls.

When the green in the fence was put up, there is no way of knowing if the Owls have been safely removed or not. A few people here in Bldg. 22 have seen chicks on the mound and we are all hoping that they are safe and not in harm’s way.   I would appreciate an answer as to their well-being.

The owls are still in the burrows and safe. I was out there today and saw them. We will be putting a rope up so no construction activity is within 50′ of them.

The permit has been applied for and we expect it to be issued in the next 2 weeks. Once we have the permit we will remove the owls and they will migrate to a new habitat.

On the papers and pictures of the proposed new plan that the developers has sent to every Hillcrest owner, it showed tennis and bocce courts on the site of the old tennis courts located between Tobin’s office and building #20. They were the same plans and pictures of the proposed project in the dining room at Hillcrest where the developers held buffet dinners. I attended two of the last few sessions before the termination of the voting.

I spoke to one of the developers and lawyers and asked them who was going to pay for the upkeep of these courts after all of the homes were sold. I was told that the new home owners were responsible. They also said that the courts were one of the first things that the developers would create.

I also asked could any of the plans be subsequently changed and they answered me by stating it could only be changed if a new vote by all of the owners at Hillcrest agreed to it. Now I read in the July 2016 issue Inside Hillcrest that the site will be the sales center for pre- construction sales.

Can you please explain what is going on? Thank you.

As you referenced in your email, this area between building 20 and Tobin will still be the cabana, tennis courts, and bocce ball.  We are, however, temporarily locating our sales office in the cabana building once it is finished.  Our sales team will be operating in that building until our model homes and on-site sales center open up in March.

Nothing on the plan design has changed, just a temporary sales use for a few months.   Hope this clarifies things.  Let me know if you have any more questions.

I have a question for Mr. Maxey, Land Project Manager.

I would like more information than Pulte has supplied to date about the burrowing owls. Why move the owls at all?  In spite of razing most of the trees in the space between Washington St and Hillcrest Drive (not what our neighborhood was lead to believe from the multiple tree surveys and indications from the previous developer) and bulldozing the land around them, the owls appear to be comfortable and adjusting to the new environment. They are close to the road and don’t seem to be in the way of any necessary development. They could be a boon to attracting buyers looking for a more natural, eco-friendly neighborhood.  Again, why move these creatures that have made this their home before your development?

If leaving the owls alone isn’t possible, this is just background information from Google. I’m hopeful that this isn’t new information for you. “Where the presence of burrowing owls conflicts with development interests, a passive relocation technique has been applied successfully: rather than capturing the birds and transporting them to a new site (which may be stressful and prone to failure), the owls are half-coerced, half-enticed to move on their own accord. The preparations need to start several months prior to the anticipated disturbance with observing the owl colony and noting especially their local movements and site preferences. After choosing a location nearby that has suitable ground and provides good burrowing owl breeding habitat, this new site is enhanced by adding burrows, perches, etc. Once the owls have accustomed to the changes and are found to be interested in the location – if possible, this should be at the onset of spring, before the breeding season starts – they are prevented from entering the old burrows. A simple one-way trapdoor design has been described that is placed over the burrow for this purpose. If everything has been correctly prepared, the owl colony will move over to the new site in the course of a few nights at most. It will need to be monitored occasionally for the following months or until the major human construction nearby has ended.”

Who is monitoring this move?  Have you or your company designated who is going to accomplish this successfully?  I’m anxious to read your reply. For many of us who live here, these owls have become our neighbors.

Thank you for the inquiry into the burrowing owls.  Unfortunately, we will not be able to provide a habitat for the owls to remain.  As you can reference in the approved site plan that has been circulated, the location of the burrows is in a retention area which is needed for on-site storm-water storage and filtration.  These civil plans are fully approved and permitted with Broward and County and the city already.

We have been in communication with FWC (Florida Fish and Wildlife Conservation Commission) and have traveled through all of the proper channels outlined in your email below.  We anticipate receiving the permit to disturb the burrows in the next few days.  I can assure you we have hired a licensed and professional environmental consultant to remove the borrows so the owls may relocate to a new habitat more suitable for them and away from heavy vehicular traffic.

I appreciate your concern and your inquiry, but again, unfortunately I do not have any latitude with revising our plans to accommodate these owls.

As always, feel free to reach out with any other questions you may have and I will respond.  We want to be good neighbors just like you all have been.

I just want to let you know that we are aware of the issue with the turtles being displaced from the lake and the hysteria that has ensued as a result.  We also started removing the owl burrows today (with a permit in hand); however, it is important to get the truth out about what is really happening as there seems to be a lot of misinformation.  Here are some points of clarification:

-These turtles that have turned up as a result of our earthwork are not a protected species and do not require any specific relocation.

-We have notified our environmental consultant team, EW Consultants, and they will be on-site periodically moving forward to identify any of these turtles and relocate them.

-Our site contractor has also been notified and the operators will be vigilant with identifying potential habitats moving forward.

-There are claims of turtles being stuck in concrete.  This is untrue.  We have no concrete trucks on site, we are only excavating earth.  It was probably mistaken for wet, sandy dirt.

-We have a permit for the bird nest removal (copy attached)

-FWC is aware of our relocation efforts

-We have hired EW Consultants to remove the nests.  They are licensed and certified to do this.

-After the burrows are removed we will monitor the owls to ensure they have not relocated to the construction site.

Take a look behind the scenes. 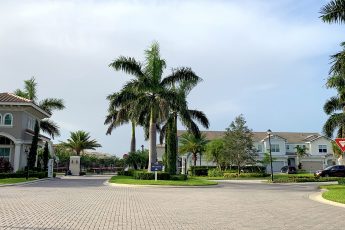